We have moved on from Delhi to Jaipur, the pink city where is is deemed that all the houses in the old city must retain a facade of pale terracotta pink.

Delhi was intense, but there is something more earthy here in Jaipur. More animals (holy cow) roaming the streets, less cars, more motorcycles and cycle rickshaws, dirtier streets. But colours and cooking aromas abound. We went to see a Bollywood movie and had a walk around the bazaar and, of course, a cycle richshaw ride.

The food here is truly wonderful and we have sampled many dishes. Our current favourite is the vegetable kofta curry, balls of veggies bound with potato.

Jaipur is the capitol of Rajistan and the state is famous for the whirl of colours. Outside the old city there are spectacularly colored houses and women in the brightest saris possible.

This is truly some experience. 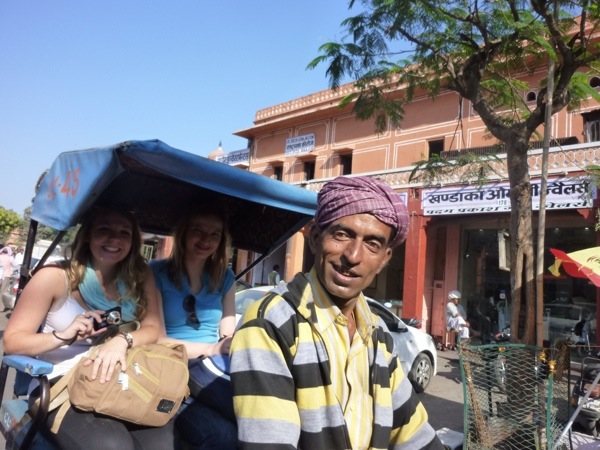 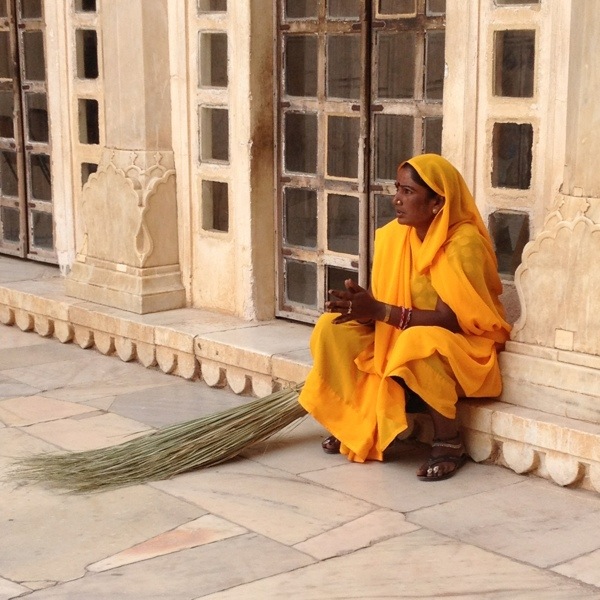 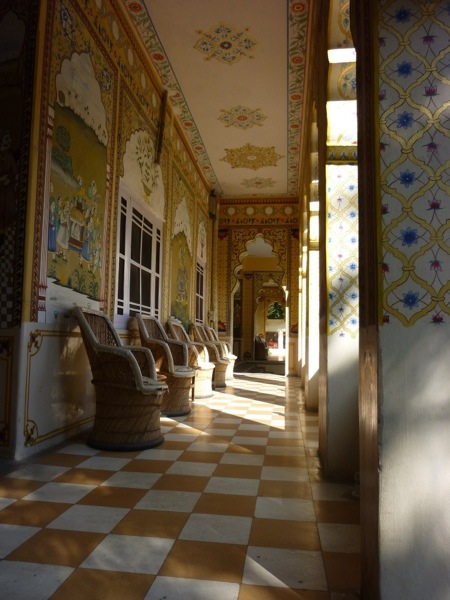 Well, we got in Sunday night late – about 1145 or so by the time we got to our room. We had been warned of scams at the airport where taxi drivers tell you that you can’t got to Hotel X because it burned down yesterday, or where they say they will call to confirm before taking you to your nominated hotel and they are actually calling a fellow scammer who says that they have no reservation. All to get the driver a meager commission for taking you to their cousin’s or friends establishment. So we pre-booked a pickup with our hotel. It is not salubrious, but it is fine for a few days of sightseeing and in the Karol Bagh neighborhood near two metro stations.

We had a nice sleep in, then an included breakfast. Eggs, potatoes, paratha bread and more were on offer. There was a selection of hot and spicy looking dishes that I could not identify. An Indian man seated next to us was showing around a travel writer from NY and chatted with us when the writer left the dining room. He had a cauliflower filled paratha bread on a plate that the kitchen had just served to him. He asked if we wanted to try some so we did. It was divine. Freshly made flat bread cooked on a hot plate. The raw cauliflower inside is finely chopped up so as to almost be a paste once all warmed through. The whole thing was simple and savory and peppery. Much better than the rather cardboard-like variety on breakfast buffet!

We headed out after brekky, ready to attempt the metro and go to the Red Fort. It’s probably just a few hundred meters to the metro station so we made our way through the local neighborhood which is short on footpath but big on construction hazards, taxis, motorcycles, cycle-rickshaws and auto-rickshaws. One driver had stopped and was outside of his vehicle and greeted us. We were wary of being scammed but he turned out to be a nice guy with good English. We chatted and he told us that the Red Fort was closed on Mondays and he could suggest other places we might want to visit. As we had a few in mind and mentioned them, I guess he figured we were somewhat prepared.

We agreed a price for Humayun’s Tomb and headed that way through the throng of traffic with our new best friend Lakhan. He really is a good driver and decent bloke with whom we ended up spending the rest of the day going on to an Arts India craft workshop, lunch, then India Gate. While discussing our day sitting in the back of the rickshaw, Lakhan spotted the tea boy. So, I had my first chai on the street today and it was nothing like the frothy, sickly sweet blend of stuff I have tasted in Australia and elsewhere. It was just black tea with sweetened condensed milk. It was sweet, yes, but not all fussed up with cardamon and vanilla and frothed milk. This was simple and warming and shared with our charming driver Lakhan – just sitting in the parking area of India Gate surrounded by the touts and the teenagers and the family groups and vendors. It was a lovely moment of peace in little plastic cup. 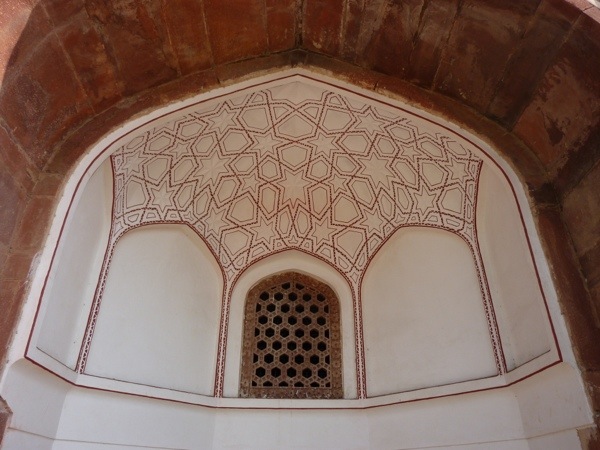 Above: External window at tomb 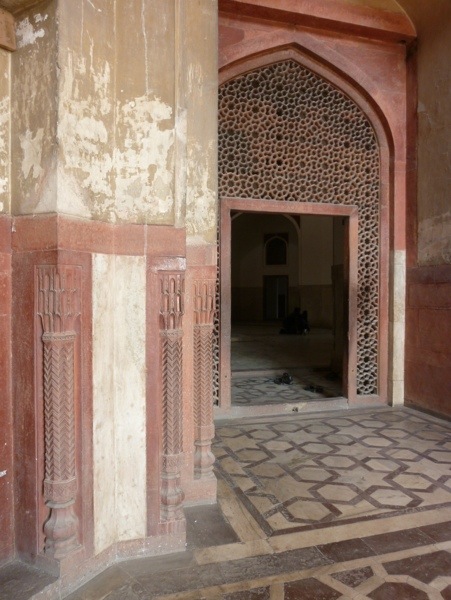 Above: Foyer doorway at tomb

Above: at India Gate there were many sellers of snack food. This was grilled spiced sweet potato with sliced star fruit and lime juice, a winter treat on the streets of Delhi. We had just eaten so missed out.

Just a week and two days from now and we will be experiencing the delights of Delhi.

Research makes me hungry. Been looking at pictures of the spice market and imagining all the meals we are going to eat.

We have an old map and travel documents folder that evoke Old Delhi. But there’s New Delhi and Ancient Delhi and I want to see it all.

After many years of discussion, we are finally venturing to India in December. It has been on my list of places I want to go for many years, however it’s a big world and we have family spread around the globe. Over the last 20 years we have made numerous trips, both family visits and just ‘us’ trips.

This trip to India is to dip our toe into the water, so to speak. We will only be going to some of the more iconic places in the north: Delhi, Agra, Varanasi, Orchha, Khajuraho, Jaipur, Udaipur and Mumbai. All in 20 days.

Friends and travellers we have met tell us that India changes you, it’s like nowhere else on earth, the culture shock factor is high, you don’t ever forget the things you see in India.  So it is a little bit daunting. But a great bit exciting…

So stay tuned and subscribe to email updates if you want to hear more. I will attempt to post a few times a week.

This trip is over and this Blog is an historic record of our trip to some of India and with a stopover in Kuala Lumpur and Melaka, Malaysia. Please enjoy.